Powerful Advocacy for Over 15 Years in the Greater Seattle Area

While we all know that drinking and driving is a dangerous practice that everyone should actively avoid, some motorists continue to get behind the wheel while under the influence of alcohol. And these motorists make our roads more dangerous for all of us. If an impaired driver leaves you injured, call an experienced Lynnwood, Washington, DUI accident attorney today.

The statistics related to driving while under the influence of alcohol – as forwarded by the National Highway Traffic Safety Administration (NHTSA) – are stark, including:

These statistics paint a grim picture of exactly how dangerous driving under the influence of alcohol is.

Alcohol has all of the following effects:

Each of these represents a serious danger when the person who is experiencing it is behind the wheel of a car. As the level of alcohol in a motorist’s system increases, so too do the deleterious effects.

Drunk drivers are far more likely to cause serious car crashes, and the resulting damages tend to be quite extensive. If you’ve been injured by a driver who is under the influence of alcohol, you can expect to experience physical, financial, and emotional losses.

Your medical costs might begin with emergency care at the scene and extend to all of the following:

Being seriously injured by a drunk driver will very likely translate to lost earnings due to lost hours on the job. If your injuries are especially serious or lead to secondary health issues, you could be facing a lifetime of decreased earning potential, which translates to significant financial losses.

Physical and Emotional Pain and Suffering

The pain and suffering you endure as a result of being injured by someone else’s negligence can be as damaging as it is difficult to overcome. These non-economic damages are very real and should not be overlooked or minimized in your accident claim.

The DUI accident lawyers at Napier & George, P.S., in Lynnwood, Washington, are committed to employing their extensive experience and skill in pursuit of a just case resolution that works for you. Your case is too important not to contact or call us at (425) 778-6666 for more information today.

Let Us Help You 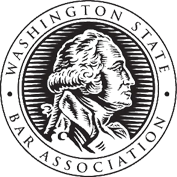 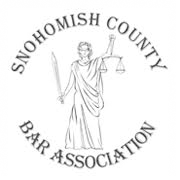 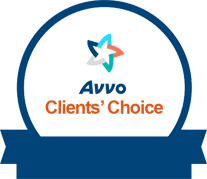 What Our Clients Say

Financially, mentally, emotionally, and even physically satisfied. What a wonderful team.

Thorough in explaining everything and maintained great communication.

I would highly recommend the firm to anyone who needs the help. That is how I found you all, by a great recommendation.

Thank you again for all of your hard work. I have been nothing but impressed with you guys. The empathy, understanding, and your knowledge and professionalism is outstanding. I will forever have nothing but great things to say about your firm and the representation I received. You guys were/are amazing.

I could not be more pleased with my and my family’s experience with Napier & George. It was such a relief to work with such a caring and compassionate law office. I have and will continue to recommend them to anyone in need of their excellent services. Thanks so much!

I highly recommend Napier & George for handling injury cases related to an auto accident. Angela George and her staff are effective, professional, timely and caring. They have represented me on two different occasions and both times received top-tier settlements on my behalf.

The extraordinary personal attention that the attorneys gave to every detail was beyond my expectation. I was contacted often and explained what was being done and why. The settlement outcome was fantastic.

It was great hearing from multiple people in the firm, believe I talked to both partners during the process. Never found myself waiting for any information, got updates when I wanted them. Felt like the entire team was involved in the process, no matter what size the case is! Appreciate the way the final explanation letter spelled everything out. Thank you for that!!

Napier & George (and their assistants) were very communicative, detailed in their explanations and answered all our questions, putting our minds at ease during this entire process. We gratefully let them take control of the process, and all we can say is “we wish we would’ve hired them sooner!”

I was surprisingly satisfied – They were great – Easy to talk to, get a hold of, and understand. I would use no one else.

Excellent throughout the entire process. Very personable. Everyone was very helpful. I believe the firm achieved the best outcome for my situation. My results are very helpful and pleasing! The experience and knowledge David & Angela have in the industry is priceless! Thanks again!

Everyone was so great at answering all my questions & guiding me through the process. I did not need to figure things out on my own, I was informed in detail what to do, what was needed & what to expect & to continue focusing on recovering & to leave the rest to the office to handle. Thank you so much!

The firm itself is wonderful. The whole process was seamless from the consultation to the settlement check. The communication was more than enough and I felt like I was apart of the process without the pressure of dealing with it.

The Napier & George team went above and beyond my expectations to get my case settled. They got me a maximum top dollar settlement. I appreciate the effort by the team. I highly recommend!

The firm is super friendly and kind, I appreciate the updates every month. Thank you for helping me get my case resolved. You took so much off of my shoulders. I’m glad I had a great team working beside me every step of the way, the main thing I had to focus on was getting better after my motor vehicle collision. Great communication and respect for my situation. I am so grateful and blessed that you were helping me!

Let Us Help You

Act Now. Get The Justice You Deserve.

This website is for informational purposes only and does not provide legal advice. Please do not act, or refrain from acting, based on anything you read on this site. Using this site, or communicating with the Law Offices of Napier & George, PS through this site, does not form an attorney/client relationship. This site is legal advertising.